I’m in a snowy forest, surrounded by spruce and fir trees, with branches so laden with snow that every now and then I can hear a faint pfff as the limb gives way and the powder falls to the ground. In spite of the heavy snowfall, the piste I’m snowboarding on, which cuts right through this magical forest, is perfectly groomed.

This is Kopaonik, Serbia’s biggest resort: it caters mostly for beginner and intermediate skiers, so there’s plenty for those who don’t want to navigate deep fresh powder while they’re honing their technique. For those of us who do, however, it’s easy enough to pop in and out of the trees on either side of the pistes to enjoy some untracked snow. 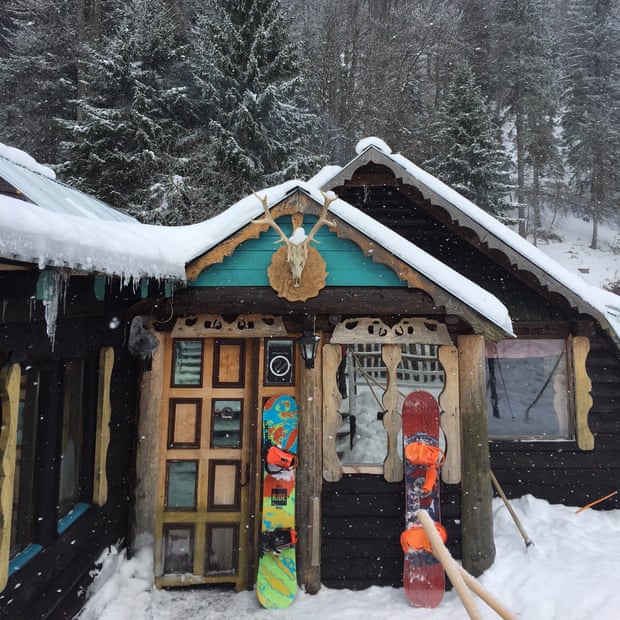 At the bottom of the slope is a cute wooden hut with intricately carved windows, panels painted mint-green, and a deer skull with antlers above the door. I take the obligatory Instagram picture and then head in. I’m hit with a wall of cigarette smoke and the sight of a suckling pig rotating over a fire, but the crowd, a mix of locals and visiting skiers from Belgrade and beyond, are friendly and keen to find out how I came to be here. No UK tour company currently run holidays in Kopaonik, so visiting British skiers are something of a curiosity. Soon, I’m drinking rakija (the national schnapps-like spirit) courtesy of my new friends.

Kopaonik is the name of the ski resort and of Serbia’s biggest mountain range, which extends into northern Kosovo, though the republic is still not formally recognised by Serbia. The resort was damaged by Nato bombings in 1999, but is now a popular ski destination for Serbs. It’s a big summer hotspot too, and famous for being the place where Novak Djokovic hit his first tennis ball.

Kopaonik’s highest point is 2,017-metre Pančić’s Peak, just along from a giant, white, futuristic dome, which was formerly a military radar station. Its looming presence adds to the distinctly un-Alpine experience of skiing or snowboarding here – as does the thick forest – denser that anything you usually encounter in the Alps, as most lifts tend to be above the treeline. The biggest draw, though, is the price – a winter holiday here is considerably cheaper than in the Alps. A week’s lift pass with ski hire costs around £170 – almost half that of Val d’Isère. And while there’s less to challenge a more advanced skier or snowboarder, the 24 lifts and 55km of pistes are good-quality and not crowded. It’s a place where beginners and improvers could make real progress.

The resort itself is small but convenient, with mainly ski-in, ski-out hotels. Some of the buildings have pretty, sloping wooden roofs, as if designed to mimic the shape of the surrounding conifers. I stayed at the recently refurbished Hotel Angella, which is decorated in calm, earthy tones and has a great view of wintry forest. For those on a tighter budget, there are well-located apartments on Airbnb starting at £22pp a night, and the atmospheric Montana Hostel has doubles from €15pp half-board, including transport to the slopes.

After a day on the mountains, I would wander out to drink hot wine, and eat corn on the cob or wurst sausages from wooden huts on the street. The resort also has several traditional restaurants, whose menus are dominated by fish and meat stews and meat grill platters. Après-ski here means late-night bars playing techno, as you might expect from a ski resort a few hours’ drive from Belgrade – and there’s plenty of partying. Kopaonik goes by the monicker “Mountain of the Sun”, and the sun did shine every day – the resort averages 200 sunny days a year. It was cold though, often around -15C, although this was unusually low.

For a quintessentia ski experience, Kopaonik won’t push everyone’s buttons (and vegans and vegetarians might prefer a place with broader menu choices). But for a different kind of snow break, with good beginner and improver options in a wonderful natural forest setting, it makes an interesting alternative to the usual suspects – and one that you’d be hard to beat on price. 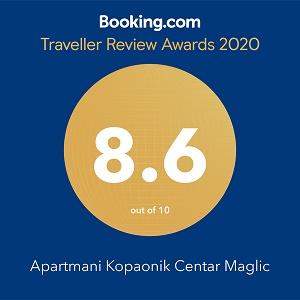 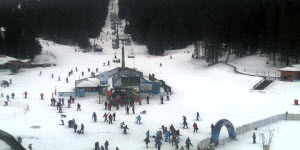 Home » Snowboarding in Serbia: deep powder for those without deep pockets